Hello on this beautiful Sunday afternoon!

Sitting here, thinking about this update I wanted to give you on Olivia and the same song played over and over in my mind. "One step Up" by Bruce Springsteen. Do any of you remember it? Not sure why it was on "repeat" in my head, I haven't heard it in years. I went with the teaser and looked it up and listened. Beautifully raw lyrics about a marriage falling apart....no matter what they did, the one step up was completely devoured by the inevitable two steps back. Timeless pain.

Maybe it was swirling in my head because I've been thinking about Olivia's journey so far this year. Initially, it was so hard to keep up. For us, it was one step up and one step back, kind of status quo for a period of time, leaving me to wonder if I'd ever get my girl back from the last horrific hospital stay. Was the damage just too much for her tiny little body? Just then a humbling whisper reminded me of an earlier time Bruce's famous song title became her life.  Beginning in 2013, the backward steps in her health came at such an astounding rate, she was in a downward, backward, free fall spiral that seemed like would never stop. The only recognizable step forward seemed to be in my faith that the spiral could stop, that her health could be recovered, and that she could get her life back. I buried my head in research. I fell to my knees for wisdom. I clung to God's word and scriptures that told of of a different path, of a different story. 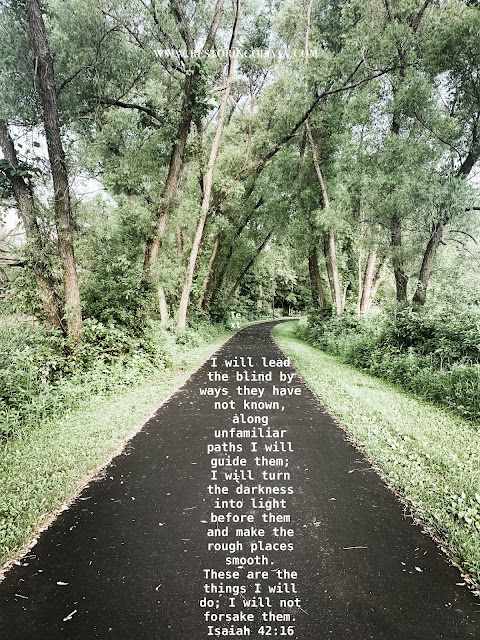 I've been blind----sided by what has happened with my girl. Taken down so many known, familiar paths that have lead us into darkness. It has been beyond rough. Like Bruce says in his song, "we've given each other some hard lessons lately, but we ain't learnin', we're the same sad story that's a fact". But this line resonates deeper, "another battle in our dirty little war". It's been a war, and we had been losing, one battle at a time.

I'm on this new path now. The better One from above. A new, unfamiliar path guided solely by Him, and, by gosh, it seems to be working. The light is peering in, the rough places less rocky and easier to navigate. Not smooth yet, by any means, but less rough for certain.

This past week some big steps were taken! After 16 months of sleeping in our main floor office, Olivia's bed has been moved back into her bedroom!!! 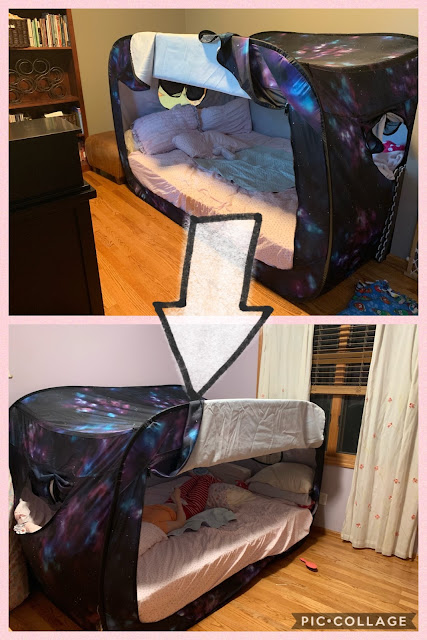 I'd say this is actually 15 steps, since that is how many steps we have to get to the second floor bedrooms, which she has to do 2 x/day now. Of course she needs assistance, but 16 months ago this was an impossibility......it's now a reality.

Second big step was getting her out of the house and attending the local parade, which happened to include her younger sister. We had a rough start to the early evening with a seizure that left her tired, in addition to a cut above her eye, but she rebounded and we were able to go and watch Olivia's younger sister participate in the parade. 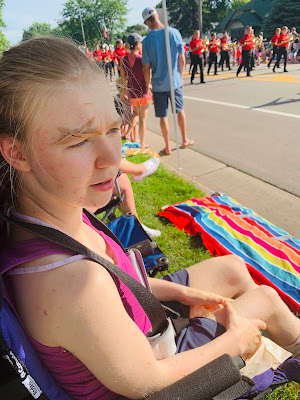 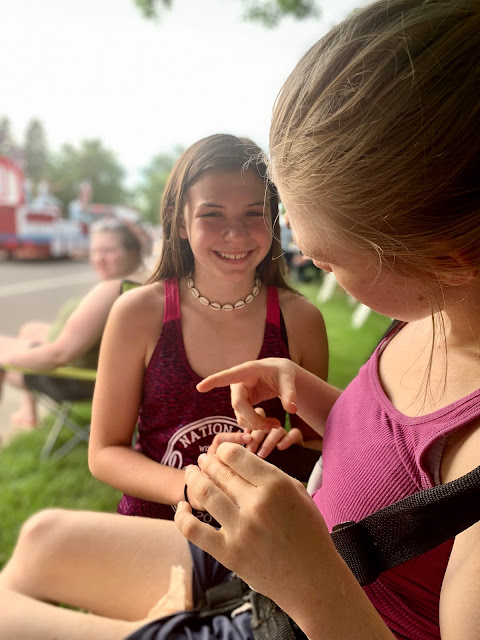 Not perfect, but we went.

I believe it's only going to get smoother.

Being on the right path makes all the difference.

Posted by Restoring olivia at 1:21 PM