So long 2015! You began with the "worst of times", but ended with the beginning of the "best of times"!

I know. I know. I switched up the famous Tales of Two Cities opening sentence -- at least the first portion. The original begins with the "best of", but that would not apply to Olivia's 2015. I haven't read that famous book for years.....high school?......college? I pulled it up on my computer and as I started reading the first sentence, the first paragraph.... the tears started streaming down my face. Take a look:

Most can and do relate to these words sometime in their lives. But this.....this defines our year. The year started off tough and became worse, but then became good.  July 1st marked an "epoch of belief", or the beginning of a distinctive change for Olivia's 15 year struggle with uncontrolled seizures with the legalization of Medicinal Cannabis. But, then she had her dips, seizure cycles would return and unbelief would sweep in like a thief in the night. Her year was filled with darkness, and then Light.....brimming with despair, then off set by Hope. The wisdom taught made the foolishness that much more foolish.

I love one commentator's interpretation of this powerful sentence. He says "these famous lines hint at the novel's central tension between love and family, on the one hand, and oppression and hatred, on the other. The passage makes marked use of anaphora which suggests that good and evil, wisdom and folly, and light and darkness stand equally matched in their struggle." Chronic illness. Chronic pain. Chronic suffering encompasses it all. It causes tension among the sufferer's family. It can destroy love. It can cause hatred. But then, in walks Love.

This year was really about holding on. Holding on to a hope and dream that her suffering could come to an end - either here on earth with a healing, or in heaven. I winced each time I read Proverbs 13:12 "Hope deferred makes the heart sick, but a desire fulfilled is a tree of life" because I knew that was a path my heart was heading. When I felt myself going this way, holding on to my desire for her suffering to end became the priority, knowing I needed His help to focus on it.

Soon, I began playing Jaime Grace's "Holding On" song over and over until the truth was embedded in my heart. Words like:


Pictures and videos are worth a thousand words. I thought I would post some from the beginning of the year to the end to show the incredible progress Olivia has made -- mainly since September of this year. She has a long way to go, but at least things are finally going in the right direction. 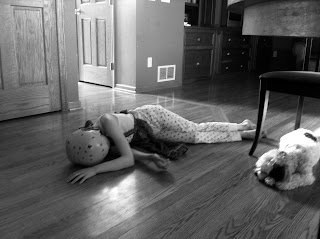 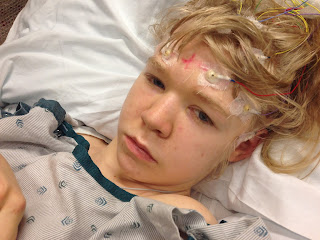 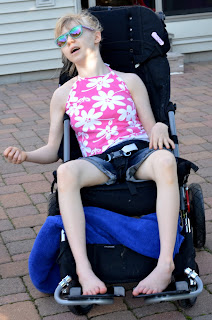 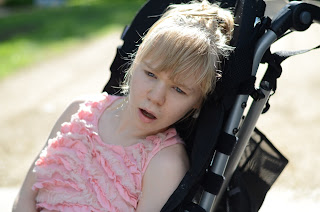 At the beginning of the year she could not sit up by herself.

Walking up and down the stairs became a challenge:

Some days she would have smaller seizures throughout the day.

She was so weak at times she could hardly eat.

But, then, her miracle began: 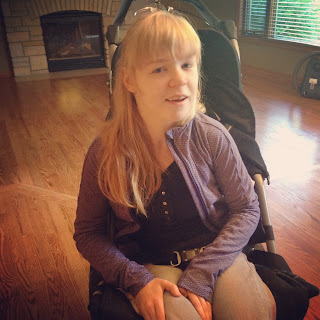 She started getting stronger:


Started drinking by herself:


And, most recently has started using a spoon again:

So.....so long 2015. I am thankful for the important changes you offered like Olivia gaining 12 pounds, smiling more, purposeful actions and reactions like putting her arms through her shirt armholes, pulling me over to the TV so I will turn it on, early stages of feeding herself again, and of course walking on her own. Although she is still is having some seizures, she has longer periods of seizure free days and we are hopeful we will find a therapeutic dose of the Medicinal Cannabis soon. We are ready to move into a new year of hope and further healing. We serve a Big God who encourages us to ask for Big Miracles. I for one am going for a complete healing! Welcome 2016!

Posted by Restoring olivia at 11:14 PM No comments: