Freedom - what's your definition of it?

Happy Independence Day 2017!  Freedom.........isn't that what we all want? What does freedom mean to you? The definition means different things to different people.

Olivia needs a special kind of freedom, as do I. I think we both are looking for freedom from her chronic illness, from scary seizures, from suffering. Freedom from the hammering disappointment of lost dreams...freedom from dependence on drugs that never work.......freedom from whatever binds us.

For Olivia, this picture represents the beginning of her future: 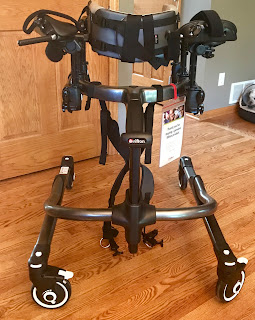 It's her new gait trainer and it was finally delivered last Friday. It's kind of like a baby walker for an adult. Olivia lost her balance and ability to walk several years ago.  She is slowly getting better and really needs the freedom to walk without support and build her weak muscles back up.

I know I  promised to update more. Especially after I did this: 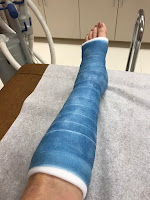 Broken ankle. Forced R&R. Feet up - time to write, but I couldn't.

I was crabby. I was negative. Who wants to read that?

So far she's been the same. A couple good days and weeks and then a setback. But today....freedom day.....we are here: 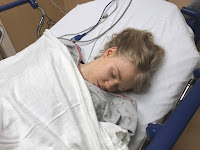 Fighting for her freedom. Remember.....someone fought hard for the freedom we take for granted. I will do my damnedest to fight for hers. Why do I do it? For those who don't understand please consider this quote by Theodore Roosevelt.


It is not the critic who counts; not the man who points out how the strong man stumbles, or where the doer of deeds could have done them better. The credit belongs to the man who is actually in the arena, whose face is marred by dust and sweat and blood; who strives valiantly; who errs, who comes short again and again, because there is no effort without error and shortcoming; but who does actually strive to do the deeds; who knows great enthusiasms, the great devotions; who spends himself in a worthy cause; who at the best knows in the end the triumph of high achievement, and who at the worst, if he fails, at least fails while daring greatly, so that his place shall never be with those cold and timid souls who neither know victory nor defeat.

I dare greatly for my girl.